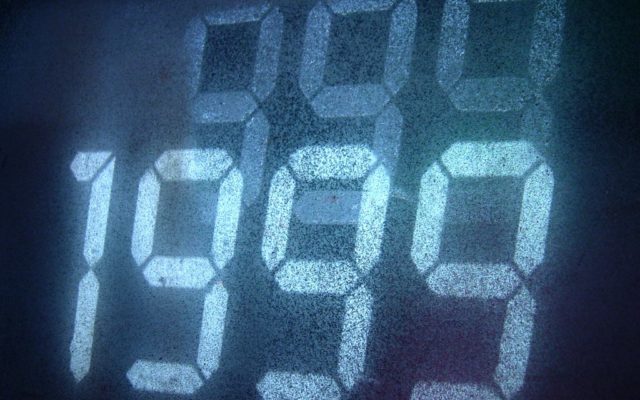 1.  “SpongeBob SquarePants” premiered . . . while “Doug” and “The Nanny” ended their runs.

5.  GEORGE W. BUSH announced he was running for president.

7.  “Who Wants to Be a Millionaire” debuted on ABC.

9.  “I Want it That Way” was the biggest hit on MTV’s “TRL”, but it faced stiff competition from ‘N SYNC’s “I Drive Myself Crazy”.

10.  Other big songs of the summer were CHRISTINA AGUILERA’s “Genie in a Bottle”, DESTINY’S CHILD’s “Bills, Bills, Bills”, and J-LO’s debut single “If You Had My Love”.