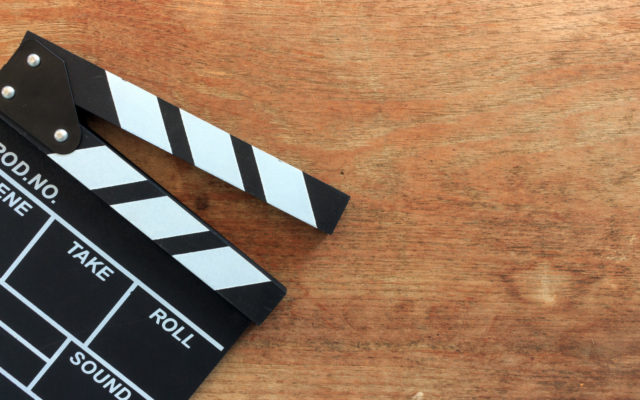 Times change, and so does our perception of what’s fair game in comedy.  Plenty of comedies that were made in the ’70s and ’80s just couldn’t be made today, because they’d be too offensive.

Someone made a list of 30 of them.  Here are 12 highlights, in chronological order:

1.  “Blazing Saddles”, 1974 . . . The N-word is thrown around with heedless abandon in the opening scene, and there are jokes about rape.  Mel Brooks has admitted that it couldn’t be made now.  Quote, “We have become stupidly politically correct, which is the death of comedy.”

2.  “Silver Streak”, 1976 . . . A prominent sequence involves Richard Pryor’s character dressing Gene Wilder up in blackface to look like a stereotypical young black man of the mid-’70s.

It was inspired by Woody’s relationship with a 17-year-old girl in real life named Stacey.  And co-star Mariel Hemingway has claimed Woody tried to seduce her on the set.

4.  “Life of Brian”, 1979 . . . It’s a satirical take on the life of Jesus Christ, but people take religion VERY seriously, and they don’t like to laugh about it.  This one was even controversial when it came out, and there were protests and outrage around the world.

5.  “Porky’s”, 1981 . . . It’s best known for its peep-show sequence, where the high school boys make a peephole so that they can watch the girls shower.  Even back then, Siskel and Ebert called it out for its treatment of women.

6.  “Partners”, 1982 . . . It’s about a straight cop being paired with a gay cop . . . and its representation of gay people is so bad that the original script had the gay cop wanting to kill himself because “his life was so sad.”

7.  “The Toy”, 1982 . . . The premise involves a rich white man BUYING a black man to be his son’s toy.  The writer said he thought the racial element would work, because, quote, “[Richard] Pryor in a box could be very funny.”

And of course, the movie actually uses its premise to CONFRONT and COMBAT racism.

But these days people don’t even look for the message.  They would just hear, “Rich, white guy buys black man,” and immediately call for a boycott.  And in doing so, would miss the entire point.

8.  “Zapped!”, 1982 . . . A young Scott Baio uses telekinesis to look up girls’ skirts.  And there’s also a cringeworthy date rape vibe when his best friend dupes a woman into having sex with him under the guise of being someone else.

10.  “Revenge of the Nerds”, 1984 . . . There’s just a tiny problem involving a romantic subplot where the lead nerd tricks a sorority girl into having sex with him, by wearing a mask her boyfriend had been wearing earlier.  These days, we call that rape.  But in the movie, she falls in love with him, because the sex was so good.

11.  “Sixteen Candles”, 1984 . . . There’s a Chinese exchange student named “Long Duk Dong” . . . and it only gets more racist from there.  The Asian actor Gedde Watanabe has said that while HE found it funny, he still has people confront him and say how upset they were.

12.  “Heathers”, 1989 . . . This one is obvious:  A disturbed teen tries to blow up his school.  We know this one couldn’t be made today because of the failed attempts to air a “Heathers” show last year.

And every time they set a premiere date, there would be a mass shooting, and it’d be pulled.  Half the episodes never aired, and the other half were heavily edited.