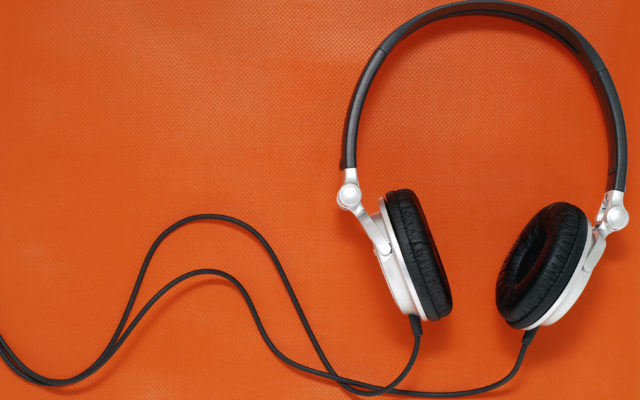 “Ultimate Guitar” has a list of songs with mistakes made during the recording that were kept IN the songs, because somebody liked them.  There are seven on the list.  They are:

1.  “Black Country Woman”, Led Zeppelin.  They were recording at a house, and just as they started, a plane flew overhead.  They decided to leave the plane noise in.  You can even hear Robert Plant saying, “Nah, leave it.”

(Here’s the song.  It’s at the very beginning.)

2.  “Roxanne”, The Police.  At the beginning, you can hear a cluster of keyboard notes followed by Sting’s laugh.  He accidentally sat on a keyboard.

3.  “Wish You Were Here”, Pink Floyd.  David Gilmour coughs and can be heard breathing right before the main guitar comes in.  Rumor has it that he couldn’t hold in a cough due to his heavy smoking . . . and he was so upset when he heard the final take that he quit cold turkey the following day.

(Here’s the song.  The cough is 27 seconds in, the breathing follows.)

4.  “I Saw Her Again”, The Mamas and the Papas.  They did a lot of layered vocals, but the repeated “I saw her . . . I saw her” at the beginning of the third verse was a mistake in the editing.  They liked it, so they kept it.

5.  “Louie Louie”, The Kingsmen.  Someone drops an F-bomb in the background about a minute into the song, supposedly because the vocalist came in too early.

6.  “Steven’s Last Night in Town”, Ben Folds Five.  They were recording it in a house, and toward the end of the song, you can hear a phone ringing.  But since it sounded like it fit, it was left in.