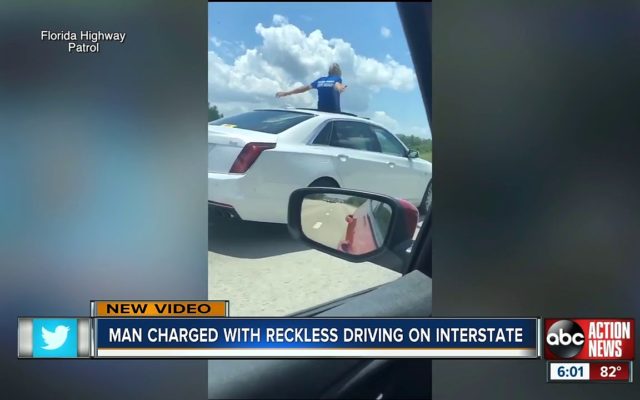 It’s basically a miracle this guy didn’t die and take a bunch of people with him.

An off-duty cop was driving on the interstate in Lakeland, Florida last week when he saw a white Cadillac zoom past him . . . with an old dude SITTING on the sunroof.

He took a video and called 911 . . . and the Florida Highway Patrol came out and pulled over 70-year-old Leonard Olsen.

Apparently, he’d put the car on cruise control at around 100 MILES-PER-HOUR . . . then decided to open up the sunroof and stand up instead of driving.  He felt that it was fine because, quote, “The car drives itself and has a gigantic computer in it.”

And, quote, “I thought it would be a nice way to praise God for a minute.”

He was arrested on a misdemeanor reckless driving charge.