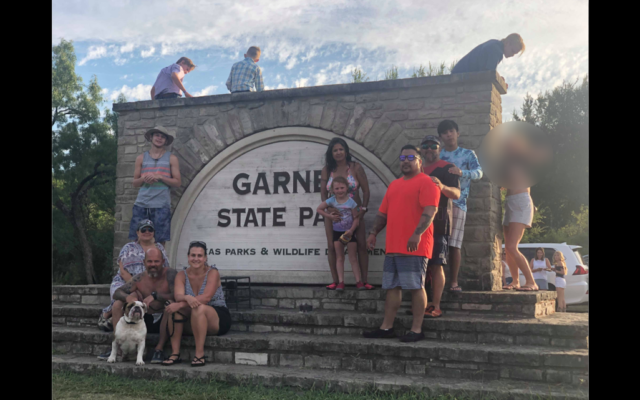 How come this kind of thing never happens when I’M taking a photo?  Err . . . I mean, um, this is terrible, I’m so offended.

A woman named Monica Davila from Cypress, Texas was with her family at a state park on Monday.  They’d gotten together because Monica’s husband’s grandma just passed away and the trip to the park was in her honor.

Well, when they all posed for a picture, a woman snuck in . . . and photobombed them by FLASHING HER BOOBS.

And when Monica started going through the photos and saw the woman, she was OUTRAGED.  She says you see the woman’s, quote, “boob, nipple, everything.  We’re trying to recreate memories.  Having some chick’s boob isn’t allowing us to do that.”

Now she’s spreading the photo around to try to identify the woman . . . and she wants to turn the woman over to the cops.