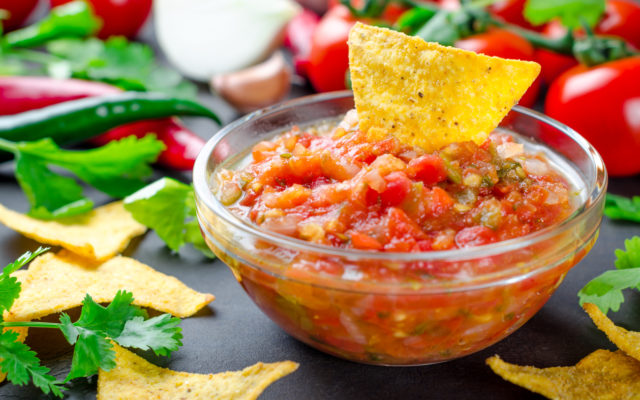 Here’s a new rule:  Never tip less than a dollar for anything.  If you want to be that cheap, you’re better off not tipping at all.  Because here’s what happens . . .

A woman in Tennessee ordered from a Mexican restaurant in the Knoxville area last month.  And she only tipped the delivery driver 89 cents.

She must have added the tip when she paid online.  Because the driver knew what it was before she dropped her food off.  And it was close to a 30-minute drive roundtrip.  So she wasn’t happy about it.

We don’t know the driver’s name.  But a 31-year-old friend named Howard Webb was in the car with her.  It’s not clear if they deliver as a team or what.

But to get even with the woman, Howard decided to dip his dangly bits in her SALSA before dropping off the order.

Unfortunately, the woman didn’t find out until later on.  So you have to assume she ate the salsa.  She did get a refund though.

The driver recorded a 14-second video of Howard, which ended up on Facebook.  Then police got involved.  He’s now facing 3 to 15 YEARS in prison for “adulteration of food [or] liquids,” which is a felony.

Does Summer Start on June 20th . . . Or Whenever It Gets Hot Outside?

A Driver Hoards Gas, Gets in a High Speed Chase, and Catches Fire