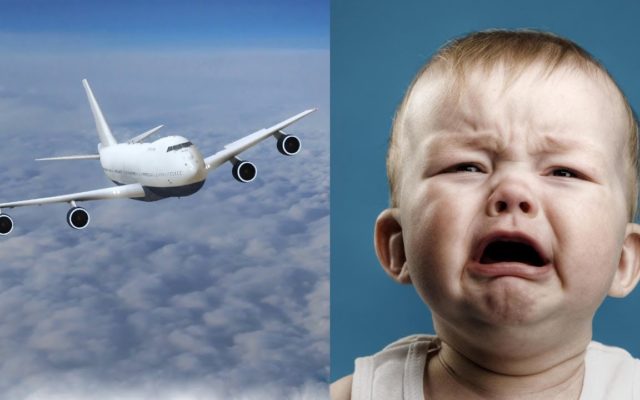 You’ve probably dealt with a few screaming babies on planes.  But at least they don’t delay the flight.  This might be even more annoying . . .

Over the weekend, a flight from Saudi Arabia to Malaysia had to turn around and return to the gate . . . because a woman on board forgot her newborn baby in the terminal at the AIRPORT.

She left her kid in the boarding area.  It’s not clear if she had other children with her, or how she got that distracted.  But she didn’t realize it until they’d already pushed back from the gate.

Some reports say the plane had actually taken off before she realized the baby was missing, but the plane was probably just taxiing to the runway.

Either way, planes don’t usually turn around just because someone forgets something at the airport.  But obviously this was a little different.

There’s audio of the pilot talking to ground control.  And they asked him to repeat himself, just to make sure they heard him right.  Then they cleared him to turn around.

It’s not clear how long the flight was delayed because of it.  But they returned to the gate, and the baby is fine.