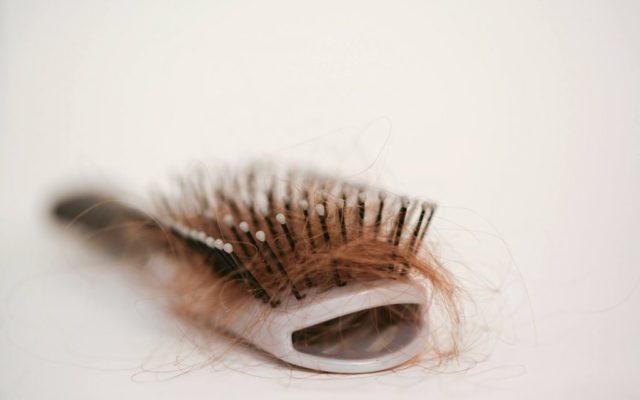 We haven’t seen a story about someone licking ice cream and putting it back on the shelf in a while.  So hopefully that whole thing is over.  But now there’s THIS . . . which is worse in so many ways . . .

A woman in northwest Wisconsin named Ashley Rose bought a bottle of conditioner at Walmart the other day . . . Pantene Pro-V Sheer Volume.

Then the first time she used it, her hair started falling out in CLUMPS.  Apparently, someone mixed NAIR hair remover into the bottle, then put it back on the shelf.

Ashley’s mom posted a photo of the hair she lost in the shower.  Then Ashley posted photos of the bald spots on her head.  There were so many, she ended up having to SHAVE her whole head.  (Check out the photos here and here.)

Now police are looking into it and trying to figure out who’s responsible.  If they’re caught, they’ll face charges.

Ashley says she’s just trying to move past it but wants people to check any new shampoos or conditioners they buy, just in case.  Adding, quote, “NOTHING can be trusted anymore.”