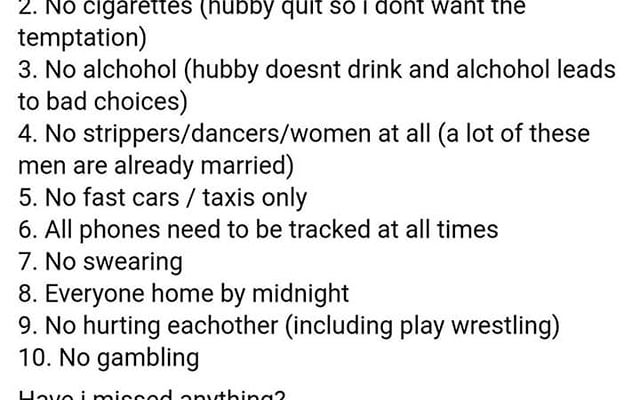 Well, this marriage seems like it’s built on a stable foundation of trust and respect.

A woman in Australia is going viral because she recently posted a list on Facebook asking her friends for advice.  Her husband is going to a friend’s bachelor party and, well, here’s what she had to say . . .

Quote, “I’m more than happy for him to go, but we are Christians so I was thinking of writing a list of rules for all the men to follow.  Let me know if I’ve missed something.”

Her friends BOMBARDED her with comments about how it was a terrible idea, so eventually, she edited the post.

ok hubby, you can go to the bachelor party….there’s just a few rules for you to follow from r/insanepeoplefacebook