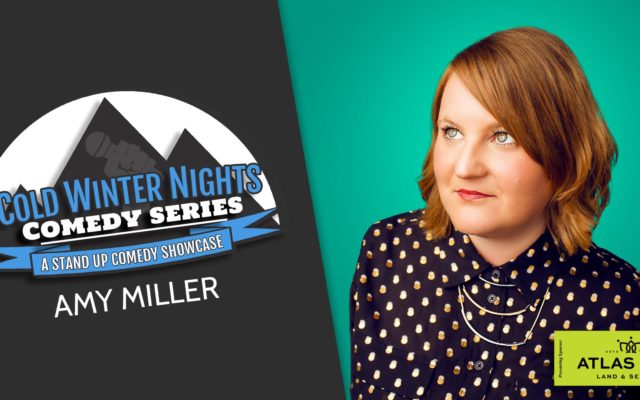 Cold Winter Nights brings three months of comedy at the Numerica PAC to kick-off the New Year – including a three-part stand-up comedy series featuring some of the best comics in the industry. Once a month we turn the theater into an intimate, energetic, “black box” experience featuring the hottest comics in the business.

February’s stand-up show features Amy Miller, breakout star and Season 9 favorite of Last Comic Standing and one of Comedy Central’s ” Up Next” comics for 2018. Miller is a nationally touring festival and comedy club headliner who’s material is personal, political and 100% authentic. Intended for a mature audience. Seating is limited!

Tickets are on sale now, get yours before they sell out by clicking HERE!