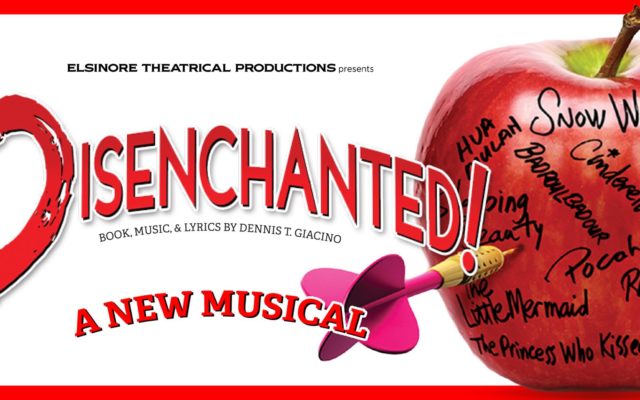 “Disenchanted is nothing short of fierce! A 95-minute riot. Go see it, you will love every second of it!” – Entertainment Hour

Poisoned apples. Glass slippers. Who needs ‘em?! Not Snow White and her posse of ‘Disenchanted!’ princesses in the hilarious hit musical that’s anything but Grimm. Forget the princesses you think you know – the original storybook heroines have come back to life to set the record straight. RECOMMENDED FOR AGES 14+

These royal renegades have tossed off their tiaras while comically belting out the truth in numerous sold-out runs in theaters around the world! ‘Disenchanted!’ played two celebrated runs Off-Broadway in New York City! With rave reviews from NBC-Television, CBS-Television, New York Post, The Advocate, Huffington Post, Broadway Blog, Long Island Herald – and the listgoes on.

Tickets: $29-$39 (prices increase showday) get yours by clicking HERE!