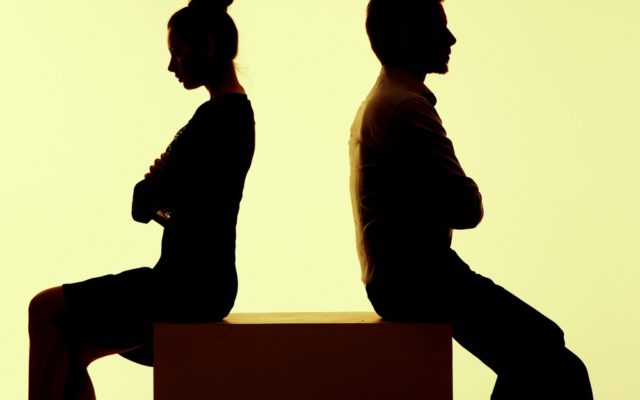 Someone asked a bunch of divorce lawyers to list the craziest reasons they’ve seen couples split up.  And some of them are pretty insane.  Here are the highlights . . .

1.  A guy divorced his wife because she was a loud chewer.

2.  A woman had vertigo.  Her husband thought she was possessed, and kept trying to do exorcisms on her.

3.  A guy wouldn’t go on his honeymoon because he was worried about his plants dying.  So the woman took her sisters instead, then left him when she got back.

4.  A woman got KIDNAPPED in Mexico, and her husband wouldn’t pay the ransom.  So her family paid it, then she divorced him.

5.  A guy hated his wife for hoarding scrapbooking supplies.  And she hated him for filling their yard with broken-down cars.  So in their divorce settlement, SHE demanded to get the old cars . . . HE wanted the scrapbooking stuff . . . then they threw it all away.

6.  A guy thought his wife was secretly gay and in love with his sister.

7.  A woman left her husband because he was, quote, “too sad” after his dad died.

8.  A couple couldn’t agree on what to name their cat.  The wife wanted to call it Snowball, and the husband liked the name Lily.

9.  A woman divorced her husband because he refused to yell at her.  Whenever she’d start screaming at him, he’d just sit there and take it.