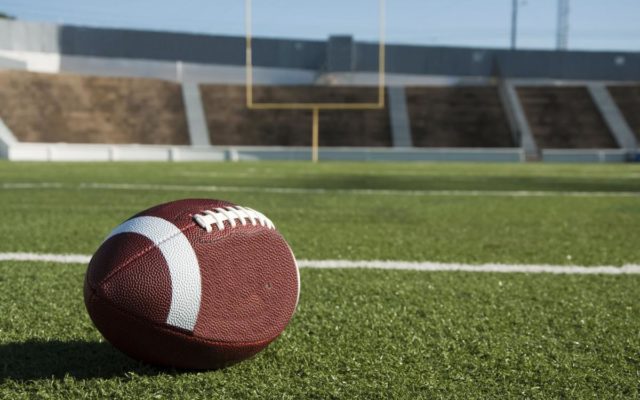 Bears kicker CODY PARKEY might be feeling a little better . . . because this weekend, more than 100 people FAILED to make the 43-yard field goal that Cody missed in last week’s playoff game against the Eagles.  A kick, that as it turns out, was actually BLOCKED. (The NFL actually changed it to a blocked kick in the box score for the game.)

Anyway, Chicago’s Goose Island Brewery set up some goalposts in the street outside their building, and offered FREE beer for a YEAR to anyone who could make it.

Goose Island tried to make it as realistic as possible.  They put down ‘NFL regulation’ astro-turf, and had the kickers use the same amount of steps that they do in the NFL.  However, the footballs weren’t snapped to a placeholder, they were kicked off a stand.

Of course, Goose Island didn’t try to simulate how Cody’s kick was TIPPED by a defender . . . although, one contestant kicked it into a bystanders’ GROIN, so that one was sort of ‘tipped,’ in a way.

It was snowing, and the first contestant wiped out when he slipped in the snow, so you could say the conditions weren’t ideal.  But Cody would argue that the conditions also aren’t ideal when it’s a last-second kick on the brink of playoff elimination.

A lot of people struggled to even make good contact with the football . . . as if the spirit of Lucy from “Peanuts” was swiping the ball out from under them.

A few contestants got CLOSE . . . but no one ended up winning.  By the way, offering free alcohol is against the law in Illinois, so Goose Island had to change the prize to “an all-expenses-paid trip to an NFL game of a winner’s choice” . . . no matter how many winners there were.

Since no one could do it, the brewery donated $20,000 to the Lurie Children’s Hospital, a charity chosen by Cody.

(Here are some video highlights:  A Packers fan was booed, and then wiped out.  The crowd cheered when an Eagles fan muffed his kick.  To add insult to his injury, the Eagles lost yesterday to the Saints.)

Here’s UNCENSORED video of one of the closest attempts

(If you have 71 minutes to kill, here’s UNCENSORED footage of the event.  They even sang the National Anthem at the start . . . and if you’re wondering, no one kneeled.)