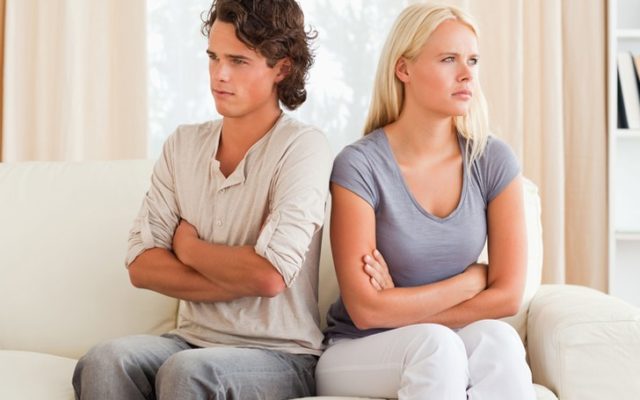 Tossing their clothes out the window and changing the locks is a sure sign your relationship’s over.  But here are five things that might SEEM like red flags, even though they’re normal . . .

1.  Letting things go unresolved.  Trying to find a solution to every single issue that you disagree on is exhausting and unrealistic.  And sometimes it just starts another fight.  So letting things go is okay sometimes.

3.  Criticism.  It’s fine as long as it’s constructive, and you’re nice about it.  You can actually help each other grow by giving feedback on things to improve on.

4.  Keeping secrets, as long as they’re minor.  There ARE some things you can keep to yourself.  And you can still have a solid relationship without sharing every neurotic thought or detail.  Obviously some secrets are bigger than others though.

5.  Having less sex.  Slowdowns and even FULL STOPS for a while can be normal.  And sometimes it has to do with work stress, or life stress.  So don’t assume your relationship is headed south just because you’re in a lull.

Amazon Is Opening Its Own Department Store . . . Inside a Real Life Mall?

Six Clever Hacks You Can Do with a Bar of Soap

A Woman Almost Missed an Email About a $3 Million Lottery Win, Because It Went to Spam

Was This the Most Ridiculously Exciting Weekend of Football Ever???