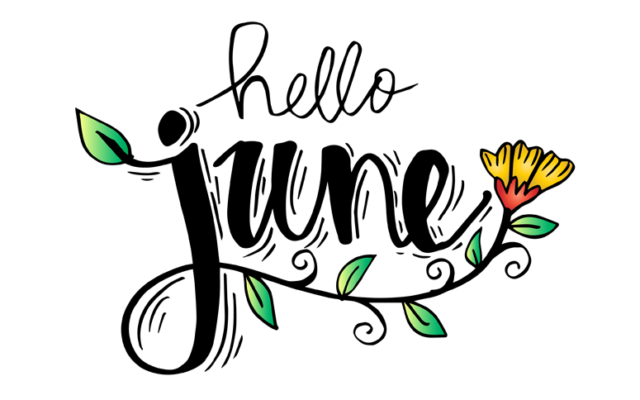 Here are five things to look forward to in June . . .

1.  The first day of summer is on June 21st.  That’s also the longest day of the year in terms of sunlight.

3.  A couple of TV premieres you might want on your radar are Season 5 of AMC’s “Fear the Walking Dead” this Sunday . . . and Season 3 of Hulu’s “The Handmaid’s Tale” next Wednesday.

Gamers will be scouring the web for E3 coverage from June 11th to June 13th.

4.  In sports, the NBA Finals are going on now between the Golden State Warriors and Toronto Raptors . . . the Stanley Cup will be awarded to either the Boston Bruins or St. Louis Blues . . . and for golf fans, the U.S. Open is June 13th through 16th.

5.  And finally, the holidays:  The only one you really need to mark on your calendar is Father’s Day, which is on the 16th.  But there are some fun, smaller holidays this month, including: