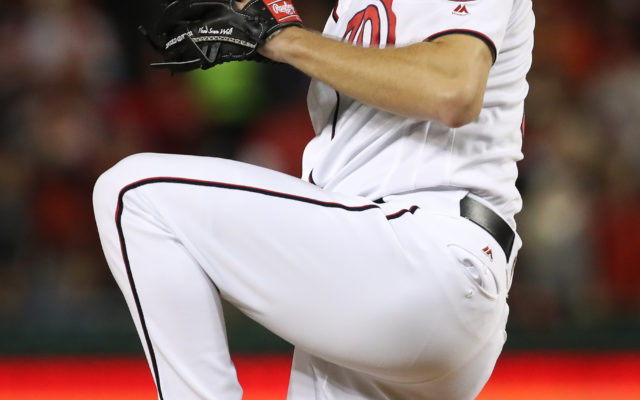 One of the strangest things about this year’s World Series is that home field advantage was actually a DISADVANTAGE.  The home team LOST ALL SEVEN GAMES in the series.  This is the ONLY time in the history of professional sports where the road team has won all seven games of a playoff series.

(That’s also not exactly optimal for Major League Baseball’s attendance struggle.  It’s also the ONLY time in the history of professional sports where the winning team has had a rally song as ridiculous as “Baby Shark“.)

Here are four other interesting facts:

1.  The Nationals are the second team in MLB history to win the World Series after being at least 12 games below .500 during the regular season.  The 1914 Braves were the first to do it.

2.  The Nationals were the oldest team in baseball this year.

3.  Max Scherzer started for the Nationals, while Zack Greinke started for the Astros.  This was the first time ever that two former Cy Young winners started a World Series Game 7.

4.  The Nationals were the first team in MLB history to win five straight elimination games, where they trailed at some point.