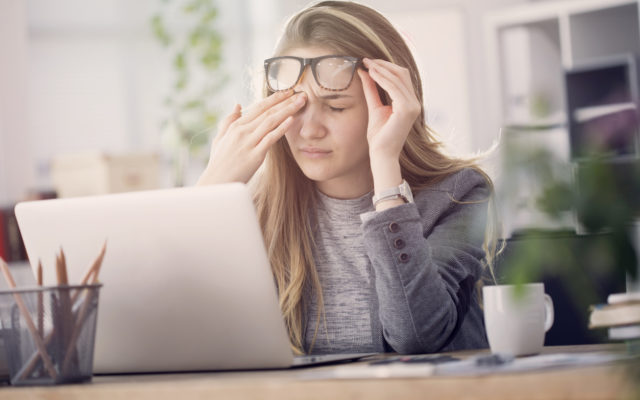 Experts recommend between seven and nine hours of sleep a night, but at least a third of us aren’t getting that much.  Here are four things that happen to your brain when you’re running on less than six hours of sleep . . .

1.  You get distracted more easily.  Your brain constantly looks for distractions to keep you awake, which makes it harder to focus.  So it might seem like you’re really prone to multi-tasking, when you really just need more sleep.

2.  You’re more anxious.  A study at Berkeley had volunteers go a full night with no sleep.  And afterward, their anxiety levels were 30% higher than normal.  For half of them, it was on par with having an anxiety disorder.

3.  You have a shorter fuse.  In a study last year, people who got an average of four-and-a-half hours of sleep were more likely to be annoyed by little things, like a barking dog.  And a separate study found it also makes you less patient with your co-workers.

4.  Your take bigger risks.  A study in 2017 had guys between 18 and 28 go a week on five hours of sleep a night.  Then they put them in a scenario where they got to gamble.  And they were much more likely to place high-risk bets.

Now here’s some advice on what to do when you ARE under slept.  Four things that can help you power through it are:  Get some sun . . . take breaks to stretch and move around . . . drink coffee, but don’t overdo it . . .  and if possible, take a 20-minute nap.  That’s just enough to make a difference without feeling groggy when you wake up.