Here’s the Most Hated Thanksgiving Food in Every State . . . Including Three That Picked “Turkey”? 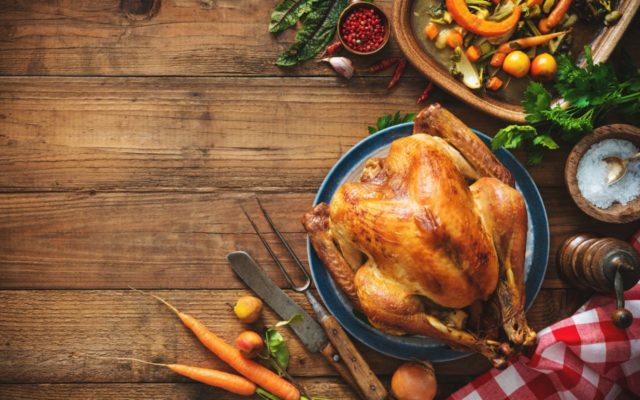 It’s got to be miserable if you go into Thanksgiving dinner hating TURKEY.

We’ve got the results here of a study that found the most hated Thanksgiving food in every state.  It’s based on more than 50,000 “hate tweets” about different foods that people have posted this month.

And believe it or not, there are three states where TURKEY is the most hated Thanksgiving food:  Maine, Idaho, and Oregon.

The most hated food overall is cranberry sauce . . . it was the number one pick in 17 states.  (That’s in line with another survey from earlier this month, which also found cranberry sauce is the least popular Thanksgiving food.)

Green bean casserole is the most hated in 12 states . . . stuffing is third, with nine states . . . sweet potatoes are fourth, with six states . . . and pumpkin pie tied with turkey for last, with three states.

Here are the most hated Thanksgiving foods across the U.S. Arkansas hates stuffing the most. Do you agree? pic.twitter.com/xeVAVH2G8M

How Do You Wake Up When You’ve Got Low Energy? Coffee, Walking . . . Or Slapping Yourself in the Face?

What’s Not Nearly as Attractive as Guys Think It Is?

What’s the Craziest Habit You’ve Added While Cooped Up During Covid?