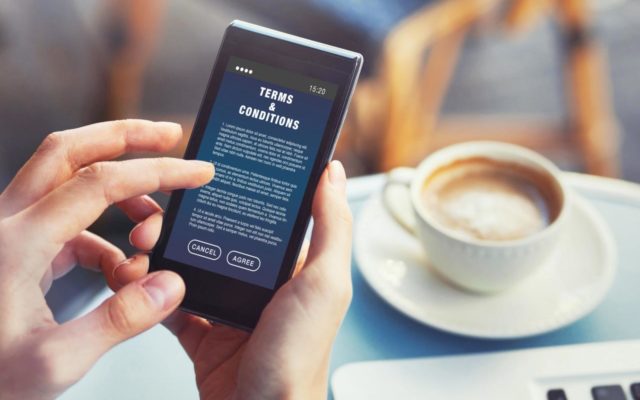 No one actually reads the fine print for things like iTunes user agreements, right?  Well, a travel insurance company in Florida called SquareMouth recently decided to test that theory with a secret $10,000 contest.

The only place they mentioned the contest was in the fine print of one of their travel insurance forms.  They buried the instructions way down in the middle of page seven, and didn’t tell anyone about it.

The instructions said that the first person who mentioned the contest would get the $10,000 prize.  And if no one noticed within a year, they were planning to give the money to charity.  They actually thought that’s what would happen.

But it turns out there ARE people out there who read these things.  59-year-old Donelan Andrews teaches at a high school about 60 miles south of Atlanta.  She always reads EVERY user agreement and contract she signs.  And she spotted it on DAY ONE.

She thinks that reading contracts is really important, and even hides secret questions in her students’ tests.  So if they pay attention and read carefully, they can get extra credit.

She bought an insurance policy from the company . . . read the whole contract . . . and got in touch with them about 23 HOURS after they launched the contest.  So they gave her a check for $10,000 last week, plus an extra 10 grand to help out her school district.

She read the fine print on her insurance policy. It won her $10,000 in a contest https://t.co/NpKPMFHUrj