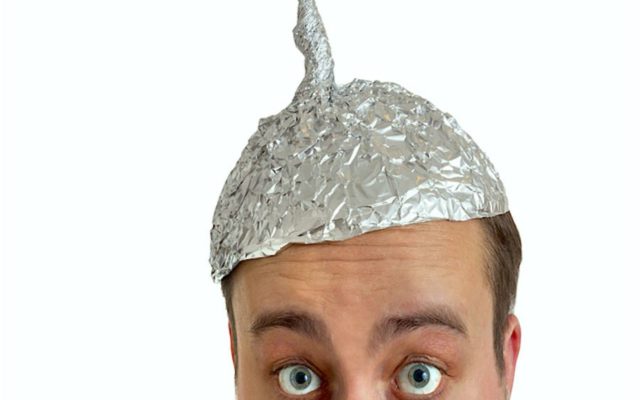 It seems like we’ve seen a surge in conspiracy theories over the last decade.  From anti-vaxxers to the Illuminati, they’re everywhere.  And one recent study found about HALF of Americans believe in at least one conspiracy theory.

So why are more and more people buying into them?  According to a new study, the main culprit might be YOUTUBE.

A team of researchers from Texas Tech recently interviewed 30 people at two “Flat Earthers” conventions in North Carolina and Colorado.  And literally ALL of them were there because of YouTube videos.

29 of the 30 people said they never thought the Earth was flat until they saw a YouTube video about it.  And the one guy who hadn’t learned about it on YouTube said he was there because his daughter had seen a video and told him about it.

Most of them said they’d been watching conspiracy videos about other topics, like 9/11 or the Moon landing.  Then YouTube offered up a “flat Earth” video as something they might want to watch next.

The head researcher from the study doesn’t think YouTube is doing it intentionally, but says they could stop it if they tweaked things to promote more reliable information.

Quote, “Their algorithms make it easy to end up going down a rabbit hole by presenting information to people who are going to be more susceptible to it.”