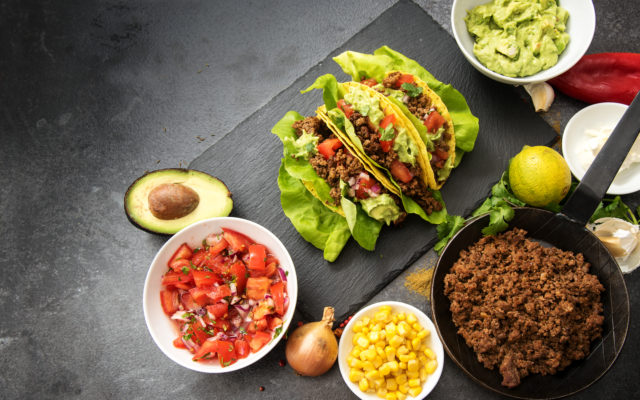 It’s National Taco Day, and a recent survey found only 5% of us DON’T like tacos.  95% of Americans like tacos and 76% have them at least every few weeks.  Here are six more stats from two different National Taco Day surveys . . .

3.  People in the western U.S. are more likely to prefer hard tacos over soft tacos.

6.  What goes better with tacos . . . a beer or a margarita?  Margarita was the top answer.

And here are a few Taco Day deals to check out:  Baja Fresh has a buy-one-get-one coupon.  You can get two free tacos at Jack in the Box if you join their loyalty club.  Long John Silver’s has free fish and shrimp tacos.  And Taco Bell has a fairly lame four-taco “Gift Box” deal for $5.