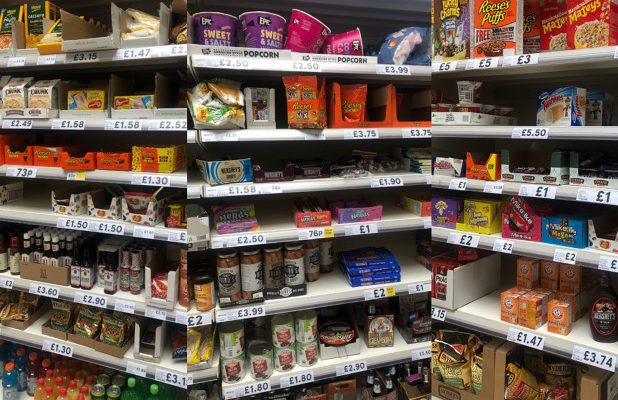 How would you define “American food”?  It might be pretty similar to this, actually.

A woman in England took a few pictures at a grocery store of their “American food” aisle.  And now they’re going viral because of the products the grocery store picked.  They include . . .

3.  Breakfast foods like Pop Tarts and Lucky Charms.  And even a generic version of Lucky Charms called “Marshmallow Mateys.”

It’s that last one that’s getting most Americans worked up.  It’s like . . . sure, we’ll concede that we mostly eat candy and processed food, but we draw the line at tiny hot dogs floating in a jar.