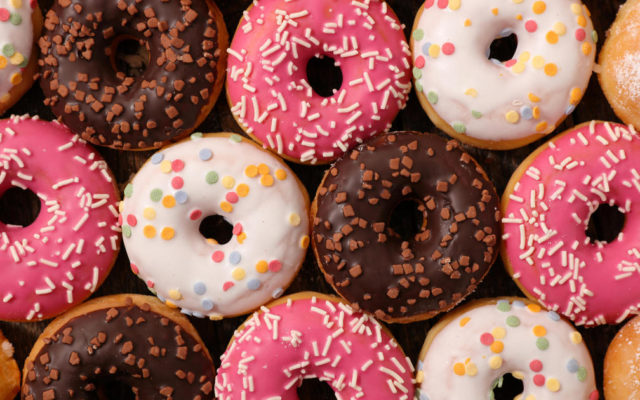 Here are a few stats on our love of donuts for National Donut Day . . .

1.  Our three favorite types of donuts are glazed, Boston cream, and chocolate frosted.  Only 1% of people in a recent survey said they hate ALL donuts.

4.  56% of us have brought donuts into work before.  And just over half of us think more HIGHLY of co-workers who bring us free donuts.

5.  22% of people think donuts are the best food to post on Instagram.  Pizza’s next with 19% of the vote, then ice cream with 15%.  (The survey was done by Dunkin’ Donuts though, so take that one with a grain of salt.)

The second survey found 59% use the shorter spelling.  And young people are more likely to spell it that way.