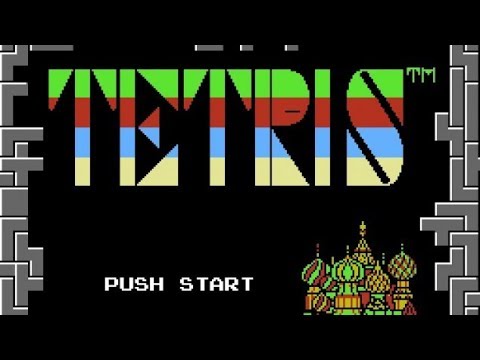 The game “Tetris” turns 35 today.  The first playable version was finished on June 6th, 1984.  But most of us played the Nintendo version that came out five years later.  Here are a few more Tetris facts you probably didn’t know . . .

1.  It got its name from the Greek word “tetra,” which means four.  And the guy who made it loved tennis.  So he combined the two for “tetris.”

2.  The four-celled blocks in Tetris have a name.  They’re called “tetrominoes.”

3.  The guy who created Tetris didn’t see any profits until the mid-90’s, because the Soviet government owned the rights for the first ten years.

4.  It’s the most ported game ever, meaning it’s been on more systems than any other video game.  Guinness put the number at 65 back in 2010.

5.  The Game Boy version was the first video game played in space in 1993.

6.  The theme song is a Russian folk tune from the 1800s that has lyrics.  They’re about a peddler who seduces a young peasant girl.

7.  Studies have shown Tetris can increase the thickness of your cerebral cortex by almost half a millimeter.  And a study this year found it might also help with PTSD.

8.  An early computer version in 1987 had a “boss button” function.  So if your boss walked by, you could quickly pull up a generic spreadsheet.

9.  There was a sequel to Tetris in 1989 called “Welltris”, where you basically played the same game in three dimensions.  It was confusing though, and not very popular.

10.  The Tetris World Championships still happen every year.  The next one is in Portland this October.