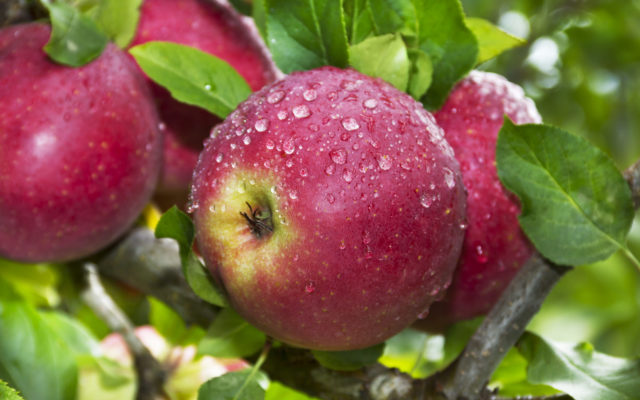 If you want your New Year’s resolution to actually be achievable this year, here’s one that doesn’t sound too hard . . .

There’s an old adage that says “an apple a day keeps the doctor away.”  But a new study found it’s not quite right.  You should actually try to eat TWO apples a day.

Researchers at the University of Reading in England had people eat two large apples a day for two months.

And by the end, the average person had lowered their blood pressure . . . cut their heart attack risk . . . and reduced their cholesterol by about 4%.

It worked for men and women.  But for some reason, women saw an even bigger effect.

Juice doesn’t count though.  Another group drank two glasses of apple juice a day and didn’t see the same effects.  Probably because it doesn’t have as many nutrients or fiber.  Two large apples have about 25% of the fiber you need in a day.

(Here’s some random trivia:  “An apple a day keeps the doctor away” wasn’t the first version of that saying.  The original proverb from the 1800s was, “Eat an apple on going to bed, and you’ll keep the doctor from earning his bread.”)