The Most Ridiculous Lies Parents Use to Make Their Kids Behave 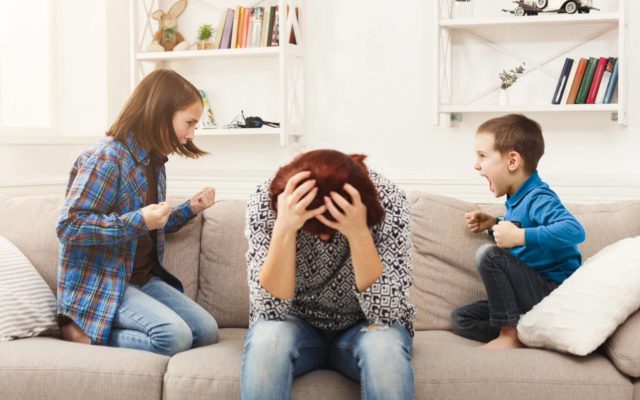 Having kids is tough.  So sometimes you have to employ a few questionable parenting techniques.  Someone online asked people to name the most ridiculous LIES their parents used to make them behave.  Here are a few favorites . . .

1.  To make them stop eating in bed, someone’s parents told them that if they ate lying down, they’d turn into a snake.

2.  A woman wouldn’t eat beef when she was a kid, but loved chicken.  So when her mom made beef, she claimed it was just “brown chicken.”

3.  A woman’s mom told her that if the ice cream truck was playing music, it meant they were OUT of ice cream.

4.  Someone’s mom told them that if they fell asleep with headphones on, their ears would explode.

5.  A guy loved to flip the lights on and off as a kid . . . until his parents said it would signal the cops, and they’d show up at their house.

6.  Someone’s mom claimed it was illegal to go see the same movie twice.

7.  A dad convinced his kids that the button in their car that turned the hazard lights on was actually an “eject” button.