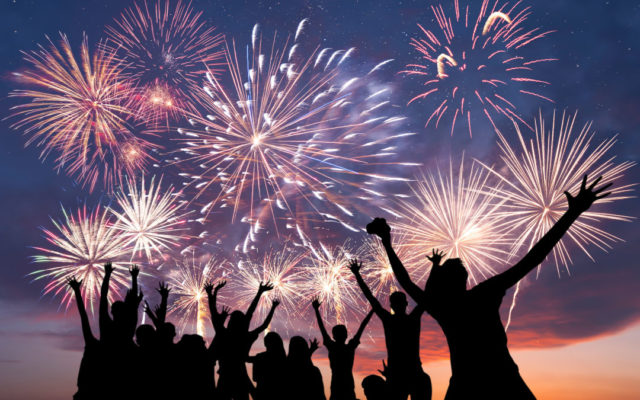 About 300 people a day go to the ER with firework-related injuries around the Fourth of July.  Don’t be one of them.  Here are the six most important fireworks safety tips you need to remember . . .

1.  Make sure they’re legal where you are.  Even if the state says certain fireworks are okay, counties and cities can have their own bans, because they’re a fire risk.

2.  Never let young kids play with fireworks, or set them off.  Even sparklers can cause serious burns.  They get about as hot as a blow torch.

4.  Never place any part of your body directly over a firework while lighting it.  Especially your face.  Then as soon as it’s lit, get to a safe distance.

5.  Always have a bucket of water or a hose handy in case of a fire.  Or to douse fireworks that don’t go off.

6.  Know how to deal with a dud.  Never re-light a firework that doesn’t go off.  Wait for it to stop burning . . . douse it with a hose . . . then fully submerge it in a bucket of water.  Soak small fireworks for 15 minutes, and larger ones for a few hours.  Then before you toss them, tie them up in TWO plastic bags, so they won’t dry out.