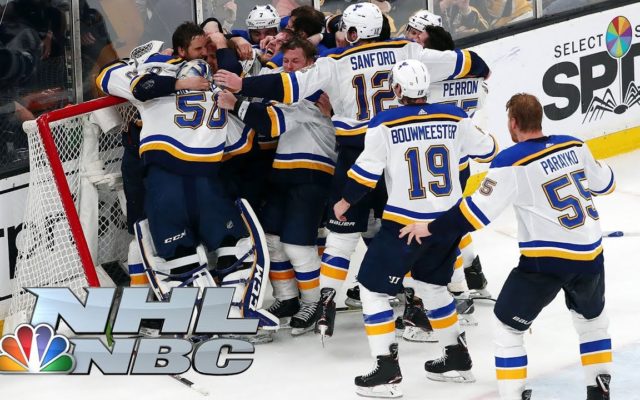 Hockey’s St. Louis Blues won the Stanley Cup last night, after beating the Boston Bruins 4-1 in Game Seven.  It’s the FIRST Stanley Cup for the Blues in their 51-year history.

They were the oldest team still in the league never to have won the Stanley Cup.

If that isn’t enough of a feel-good story, the Blues were in LAST place in their conference of 15 teams back on January 6th.  And they’re the first team in the NHL’s expansion era to win the championship after owning the NHL’s worst record at any point after their 30th game.

In fact, they had 250-to-1 odds in early January . . . and there’s already talk about how much some sportsbooks lost.

The Blues went on a tear in the second half of the season, winning 30 of their last 45 games.  They earned the fifth seed in the Western Conference and defeated the Dallas Stars in seven games, and then the San Jose Sharks in six.

(Here are some stats about Game Seven.)