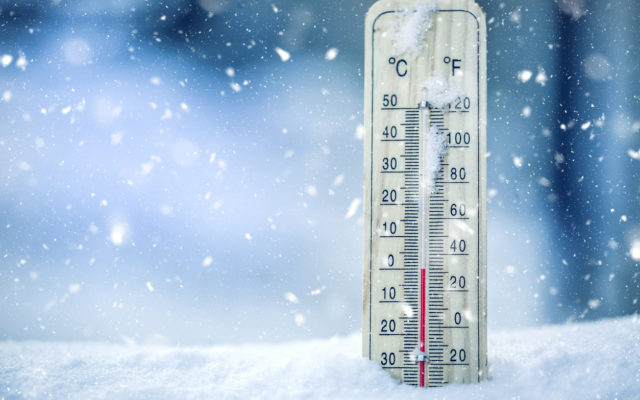 1.  Pennsylvania is having FROST QUAKES.  Those are like earthquakes, but they’re little booms caused by the wet ground freezing too quickly.

2.  Crews in Chicago had to set the train tracks ON FIRE to clear off all the snow and ice so the trains could run.  (And there’s video.)

It’s so cold in Chicago, crews had to set fire to commuter rail tracks to keep the trains moving smoothly. https://t.co/ccrTwwwO6C pic.twitter.com/av7o5opEQ8

3.  Some companies in Wisconsin have had to cancel their BEER DELIVERIES.  And you know something is life-or-death if it’s going to separate the people of Wisconsin and their beer.

4.  The pics and videos people are posting on social media are crazy.  You can see people who are getting frost inside of their houses or ice on the inside of their windows . . . and people throwing boiling water into the air to watch it turn instantly into snow.

The #PolarVortex is real. How cold is it on our deck today? This cold. #LNK pic.twitter.com/1zJhqDlyHl

5.  The police in McLean, Illinois said they arrested ELSA from “Frozen”.  Unfortunately they stole the photos from when a police department in South Carolina did that stunt four years ago.  It’s too cold to be original, I guess.

(You can see some crazy photos here, here, and here.)