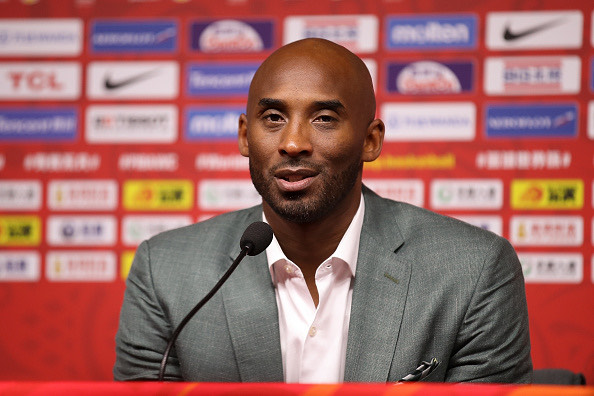 This should show you how legendary KOBE BRYANT is.  The tragedy is barely two days old, and everyone is scrambling to find a way to honor him.

There’s an online petition asking that Kobe be made the new NBA logo.  Last we checked, it had over 1.5 million signatures, and celebrities like Snoop Dogg, Justin Bieber, Meek Mill, and Usher are backing it.  (Here’s the logo on the petition.)

The current NBA logo was designed by Alan Siegel.  It’s a silhouette of Lakers legend Jerry West.  It’s basically the same logo they’ve used since 1971.  This is a cool idea . . . especially since Kobe was also a Laker . . . but there’s no indication that the league is actually considering it yet.

Meanwhile, the Dallas Mavericks have already retired Kobe’s #24, even though he never played for them.

Owner Mark Cuban said, quote, “Kobe’s legacy transcends basketball, and our organization has decided that the Number 24 will never again be worn by a Dallas Maverick.”  No one had worn #24 in several years for them.

Some fans are calling for the number to be retired across the league . . . so it’s possible that other teams could follow suit.

(Here’s video of Chris Broussard talking about it on ESPN.)

For some teams, it’d only be symbolic though, because they’ve already retired Kobe’s numbers for other players.  Outside of the Lakers and Mavs, seven other teams already have previously retired #24, and one other team has #8 retired.

Elsewhere, the “NBA 2K20” game has added a tribute to Kobe . . . every radio station in L.A. held a moment of silence for him . . . and the NBA postponed tonight’s scheduled game between the two L.A. teams, the Lakers and the Clippers.