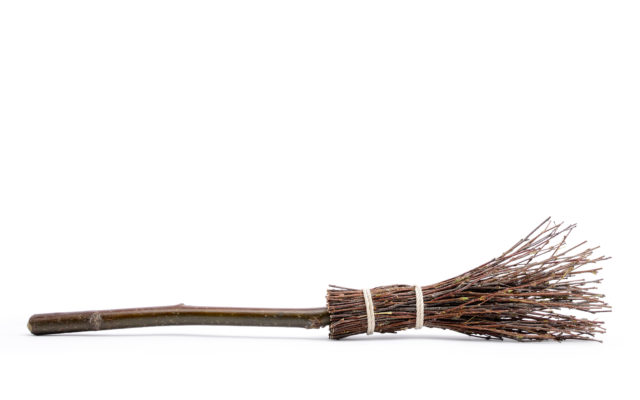 I’m not sure if Toyota just unveiled this invention because it’s almost Halloween, because they’re big “Harry Potter” fans, or because they’ve just decided it’s time to get WEIRD.

At the Tokyo Motor Show this week, Toyota showed off a new device . . . called the e-broom.  And, yes, it’s an electric BROOM designed to move you around.

Now . . . unfortunately, it doesn’t fly.  You straddle it like a witch’s broom, but it’s meant to push you around while you wear rollerblades.  But I promise you’ll STILL get people staring at you.

There’s no word on when they might bring the e-broom to market.

Sweeping change at @Toyota as they break into the electric broom market. #TokyoMotorShow2019 pic.twitter.com/XAJkThqtk8

(Here’s a picture, and here’s a video of someone demonstrating it.)